SDRs for Identification and Direction Finding of Enemy RF Emitters 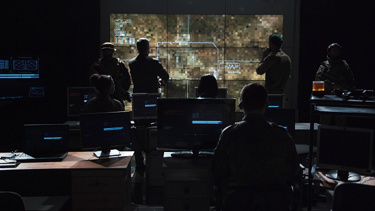 Radio direction finding is a technology employed to locate a transmitter of interest. This technology is widely used to geolocate ships or aircraft, find illegal or interfering broadcasts, and detect enemy emitters. Electronic warfare (EW) systems operate in the radio band to perform military activities using the spectrum to sense, protect, communicate, and attack an enemy from air, sea, land, or space by manned and unmanned systems targeting communication, radar, or other military and civilian assets. EW can be classified as electronic attack (EA), electronic protection (EP), and electronic warfare support (ES)1.

EW is gathering more interest nowadays mainly due to the Russian-Ukraine conflict2. For example, Russia has been progressively developing EW capability against orbiting satellites. The potential of preventing reconnaissance satellites from sending images to data relay satellites when flying over foreign regions is also investigated3.

Enter your credentials below to log in. Not yet a member of Wireless Design Online? Subscribe today.