The development of the Wideband CDMA (W-CDMA) air interface standard has been driven by the forecast demand for increased data transmission rates and subscriber capacity for the next generation of mobile wireless (3G) networks. The deployment of W-CDMA technology allows network operators to install infrastructure that meets both current and future capacity (voice and data subscriber) requirements while enabling data transmission rates acceptable to the end user to be achieved.

The key requirement of the RF hardware within a 3G W-CDMA base is the linearity of the input-output transfer function. This is important to ensure that adjacent channel interference is kept within the stringent specifications demanded for 3G systems and is a particularly exacting requirement for the power amplifier, as it must exhibit a high output power simultaneously with a very low level of distortion. The availability of a suitable precision power amplifier is therefore a crucial enabling technology for the successful implementation of a 3G network and this will demand some form of linearization.

top
Effect of Non-linearity on a W-CDMA system
The W-CDMA standard places some interesting constraints on the linearity of base-station transmitters. The envelope variations inherent in the modulation format lead to an adjacent channel issue, in much the same way as for any narrowband system, however in the case of W-CDMA, this is generally an issue for another network operator and not one of ‘self-interference' as in most other mobile radio systems. Thus, to take the scenario to its extreme, a given operator could specify low-linearity equipment, with poor adjacent channel performance, and could still operate his network with little or no loss of capacity.

A neighbouring network operator (in frequency terms) would, however, suffer a severe loss of capacity, particularly close to his rival's site. An adjacent channel power (ACP) standard is therefore required for both the handset and the base-station and this must be based on an overall loss of capacity for all of the networks to be deployed and not just for a single operator. At the present time, the ACP specification has not yet been fully defined although current understanding is that the ACP requirement for the base station transmitter will be –49 dBc for the first channel (when integrated over the whole of that adjacent channel, based on an output power of >20W).

As the number of users on the 3G networks increase, it is possible that improved linearity specifications will be required in order to realize the necessary capacity. This will require co-operation between different network operators and also the upgrading of equipment to a higher linearity standard.

top
W-CDMA LPA linearization techniques
The non-linear effects produced by the base station power amplifier can be sufficiently controlled to allow specification requirements to be met by a number of linearization techniques. Industry standard linearization methods such as feedforward provide reasonable performance in terms of ACP cancellation and efficiency but new techniques are now emerging based on predistortion technology which offer significant benefits, specifically in terms of amplifier cost, size and efficiency characteristics.

The basic principle of the RF predistortion technique is illustrated in Figure 1. A non-linear element with an expansive characteristic is inserted prior to the compressive power amplifier and automatically adjusted by a control scheme such that the overall characteristic is approximately linear. The control scheme utilises downconverted versions of the system input and output signals and compares these to provide an indication of the degree of optimisation achieved. The error between the two is used to adjust the level and phase of the predistorter non-linearity, in order to minimise the distortion output from the predistorted amplifier.

The resulting linearity performance is clearly seen in Figure 2 where a generic simple predistortion system is employed in a W-CDMA application. A linearity improvement of around 10dB is typically achieved with this method.

Adaptive Parametric Linearization (APL) technology (developed by Wireless Systems International) is an entirely new form of pre-correction linearizer that enhances the efficiency gains derived from the use of predistortion techniques. Its performance is such that it may be used stand-alone in a 3G W-CDMA system without the need for power consuming and expensive feedforward components and typically delivers up to 15% PA efficiency.

The operation of the system, compared to that of a simple predistortion linearizer, is illustrated in Figure 3. The upper graphs illustrate the operation of a simple predistorter. The predistorter characteristic is largely fixed by the type of device used (e.g. diode, FET etc.) and only minor modifications of this characteristic are possible by bias adjustments or drive level changes. The characteristic can therefore be adjusted to provide the best overall linearization performance, however, this will of necessity be a compromise. The resultant linearized amplifier will be an improvement on the unlinearized state, but will be clearly compromised due to the fixed nature of the predistort characteristic.

The APL technique attempts to overcome this shortcoming by generating the pre-correction characteristic in a flexible manner, thus allowing the amplifier's characteristic to be modelled more accurately. The generation of the pre-corrector characteristic is also controllable, as illustrated in the lower graphs in Figure 3. The characteristic may therefore be modified to more precisely match that required to linearize the power amplifier, with this process being adaptively controlled in real-time.

The control technique allows the precise correction to be maintained over a broad range of temperatures and power levels, with the closed-loop approach adopted guaranteeing a consistent level of performance throughout the lifetime of the product.

Cascading the APL system with a non-linear power amplifier therefore results in a highly-linear overall system, as shown in the lower part of Figure 3. 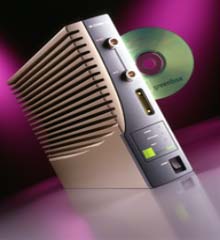 Conclusions
The primary drivers in the development of linear power amplifiers for 3G W-CDMA base stations are cost, size and efficiency. At the same time, base stations must maintain maximum flexibility in terms of network planning in order to ensure coverage and capacity capability is maximised. There is an overriding demand from both infrastructure suppliers and mobile network operators alike to reduce real estate requirements and operating costs in order to maximise revenue; LPA products are seen to be a key enabler for the next generation of base station architecture.

Additionally, the 3G standards currently dictate that a linearized PA is an essential element in 3G W-CDMA base stations. Emerging linearization technology for power amplifiers, as described above, will allow 3G base stations to meet the requirements of standards organisations, wireless OEMs and operators as the industry faces the challenge of developing and deploying third generation networks.

About the Author:
Mark Woodgate is a product engineer with WSI at their Bristol, UK facility. WSI focuses on design, development, and manufacture of linear RF components and sub-systems. Prior to joining WSI in 1999, Woodgate worked with Nokia as a senior base station engineer and Lucent Technologies as a BTS product manager.