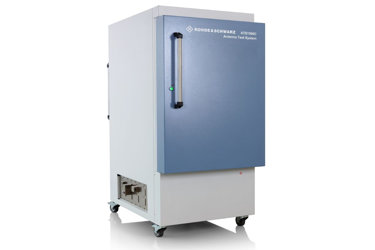 The R&S® ATS1500C antenna test chamber is a compact antenna test range (CATR), consisting of a gold-plated parabolic reflector and a two-axis positioner for 3D movements of the DUT.

When combined with the R&S® AREG800A and other state-of-the-art Rohde & Schwarz test and measuring instruments, it can be used for a variety of applications, including antenna characterization, radar validation, interference testing, ETSI RED and FCC in-band pre-compliance testing and angular calibration.